Alan, as the Educational Director of The Feldenkrais® Professional Training in Santa Fe, is responsible for the pedagogic integrity of the training program. He will develop the curriculum, manage the educational staff and maintain an overview of each trainee's learning.

Alan S. Questel is known for his clarity, creativity and down to earth style of teaching. He brings a depth of understanding, humor and a gentle human perspective to the learning of the Method and creates lively conditions for learning.

An actor before becoming interested in the FELDENKRAIS METHOD®, Alan worked and toured with Jerzy Grotowski (My Dinner With Andre) and Paul Sills (Second City, Chicago and Story Theatre).

He became an Assistant Trainer in 1986 and earned his accreditation as a Trainer in 1994. He has taught in over 40 FELDENKRAIS® Professional Training Programs in worldwide.

One of his great interests is the embodiment of creativity and he has developed a body of work for performers utilizing the FELDENKRAIS METHOD®. Alan sees the FELDENKRAIS METHOD® as a means for individual maturation, and aspires towards making this appreciable and concrete for his students both in training programs and in his practice.

Alan is also the creator of the DVD program ‘Pregnant Pauses-Movement for Moms’ and has produced 17 CD sets of public workshops in the FELDENKRAIS METHOD®. He makes his home in Santa Fe, New Mexico. 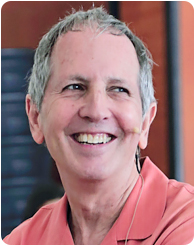 Deborah Bowes is a Feldenkrais Trainer and a Physical Therapist. She’s a graduate of Columbia University in Physical Therapy, has a Doctorate in Physical Therapy from Shenandoah University, and a B.S. in Biology and Physical Education from Rhode Island College. Other related in depth studies and practice include Tai Chi Chuan, Chi Kung, yoga, sensory awareness, meditation, and dance.

She has authored and recorded specialized Feldenkrais® Awareness Through Movement® programs addressing chronic pain and pelvic floor issues. She is interested in the application of Feldenkrais Method® to improve overall health and well-being in both the practitioner and client. She is currently working at Stanford Hospital working with people with complex and persistent medical conditions, as well as in her private practice. 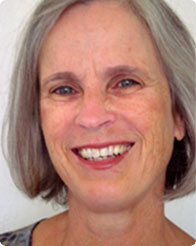 Julie Casson Rubin trained directly with Dr. Moshé Feldenkrais graduating from his first North American training. For the past 35 years, Julie has kept a full private practice in San Francisco while also teaching in Feldenkrais teacher training programs, continuing education courses for health providers and educators including practicing Feldenkrais Teachers. Julie has been co-educational director of all ISSE training programs in the U.S., Australia and Europe. Julie was instrumental in bringing the Method into use at the San Francisco General Hospital, University of California, San Francisco in its pioneering Behavioral Medicine Clinic beginning in 1979 and in Health Education programs at Kaiser Permanente in the early 1990’s.

Julie took her degree in Dance & Physical Education from San Francisco State University. She and her husband Paul Rubin are the parents of four young adults. 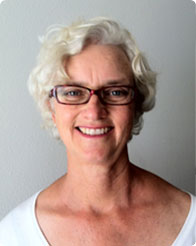 Katrin Smithback began her studies with Moshe Feldenkrais in 1980 and has had a continuous private practice in Santa Fe, New Mexico since then. As a faculty member at the College of Santa Fe for 17 years, she taught applied movement in the theater, dance, music and physical education departments. She was also an instructor at the NM Academy of Healing Arts for eight years, teaching the movement principles/body mechanics portion of the massage therapy program. She teaches workshops and classes for a wide variety of groups, including athletes, performers, the disabled, therapists, the elderly, and the general public. She also leads study groups, mentoring programs and advanced trainings for trainees and practitioners and is the Editor of the Feldenkrais Journal. She is presently the Educational Director of training programs in Japan and Argentina and teaches in professional training programs in the US, Canada, South America, Asia and Europe. 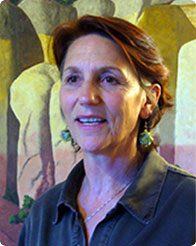 Arlyn Zones (MA Theatre Arts) has been involved in the Feldenkrais Method® since 1977 and graduated in 1983 from the last training that Dr. Moshe Feldenkrais conducted. She is one of the most experienced Trainers in the U.S. and has taught in numerous trainings worldwide. She has directed her own programs in Europe and North America. In addition, over the last 30 years Arlyn has taught workshops for health professionals, performing artists, and the general public as well as offering post graduate seminars for Feldenkrais® Practitioners. She lives in San Francisco where she maintains a private practice in which she works with infants, children and adults who are seeking help for a wide range of physical and neurological difficulties. 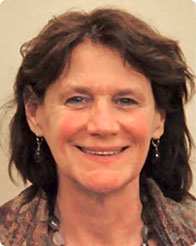 Prisca is a Guild Certified Feldenkrais® Practitioner and Assistant Trainer, enjoys a full Functional Integration® practice in Taos, NM where she has presented Awareness Through Movement® to the general public, skiers, athletes, performing artists and movement teachers since 1989.

In 1983 the Feldenkrais Method® brought her from chronic ankle and back pain to enjoy again what she had always done ... Dance. The process continues to be the most expansive and rewarding learning she has ever experienced, and she loves sharing her experience with others interested in learning about themselves.

Other Assistant trainers will be brought in as needed throughout the training. 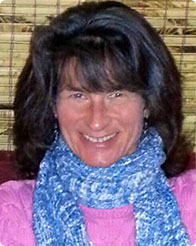 Celina Cavalcanti-Bennett began her studies of the Feldenkrais Method® with Moshe Feldenkrais at the Amherst Training (1980). She has taught the Feldenkrais Method® in the US and in Brazil. Celina also had a career in training and organizational development, in the private sector, nationally and internationally. Celina is fluent Portuguese, Spanish and English and has been a teacher of language acquisition for 20 years. Her language skill has enabled her to author book translations, including Feldenkrais' book, The Master Moves, into the Portuguese language (Vida e Movimento, Summus Editorial, 1988, Sao Paulo). Currently, she is also working on a MA in Portuguese Literature at UNM. In the near future she plans to coordinate Alan’s Feldenkrais® trainings in her native Brazil. 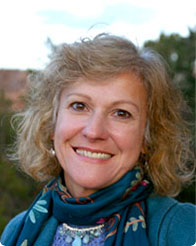 To receive your course guide and application please sign up below.

In order to be sure you are a real person, we need to confirm your email address.

To complete the sign up process, please click the link in the email we just sent you.

After that the link for the course guide and application will be sent to you within the hour.